Skip to content
22nd May 20192nd December 2020 ChrisGarlandBlog, Medical Blog SeriesNo Comments on Women are less likely than men to be resuscitated and survive a cardiac arrest

Research published 22 May 2019 in the European Heart Journal reveals that women suffering a cardiac arrest are less likely to be resuscitated by bystanders, leading to decreased survival rates. Tragically, this mirrors the results of a 2018 study published in the Journal of the American Heart Association and others that have gone before.

What the research says

The European study, led by cardiologist Dr Hanno Tan at the University of Amsterdam, found that “people did not recognise that women who collapsed were having a cardiac arrest, leading to delays in calling the emergency services and delays in providing resuscitation treatment.”

Dr Tan stated that “People may be less aware that cardiac arrest can occur as often in women as in men, and the women themselves may not recognise the urgency of their symptoms. Women may have symptoms of an impending heart attack that are less easy to interpret, such as fatigue, fainting, vomiting and neck or jaw pain, whereas men are more likely to report typical complaints such as chest pain.”

Ironically this difference in male-female symptoms was also discussed on the BBC Radio 2 Jeremy Vine radio show [May 2019].

If you’ve attended one of our first aid courses, you’ll also have heard us discuss this while teaching the differences between a Heart Attack and a Cardiac Arrest, as we’ve known about this for years. It’s not new news folks!

Learn how to recognise a cardiac arrest and provide CPR with one of our first aid courses;

The Resuscitation Council UK stated in response to this latest report, that it is essential that all symptoms are considered equally important in evaluating cardiac arrest – and intervention occurs as soon as possible to maximise chances of survival.

The Resuscitation Council (UK) knows that CPR saves lives, and we encourage people who witness a person who is unconscious and not breathing normally to take immediate action to intervene, irrespective of the gender of the casualty.

Director of Public Affairs Danni Manzi said: “We hope that this new research empowers and encourages people to help save a life. Dialling 999, beginning chest compressions and accessing a defibrillator are key to giving a person their best chance of survival in a cardiac arrest, whoever and wherever they are.”

The one thing to take away from this is that you shouldn’t delay immediate action. The faster you act, calling 999/112, commencing CPR & using an AED, the greater their chance of survival.

If you’re not sure of how to do these, get in touch with us today and we can help guide you in selecting the most appropriate training course for you. We run scheduled & private courses for individuals, groups, sports clubs & businesses across the UK.

What are your thoughts on this subject? Leave a comment below. 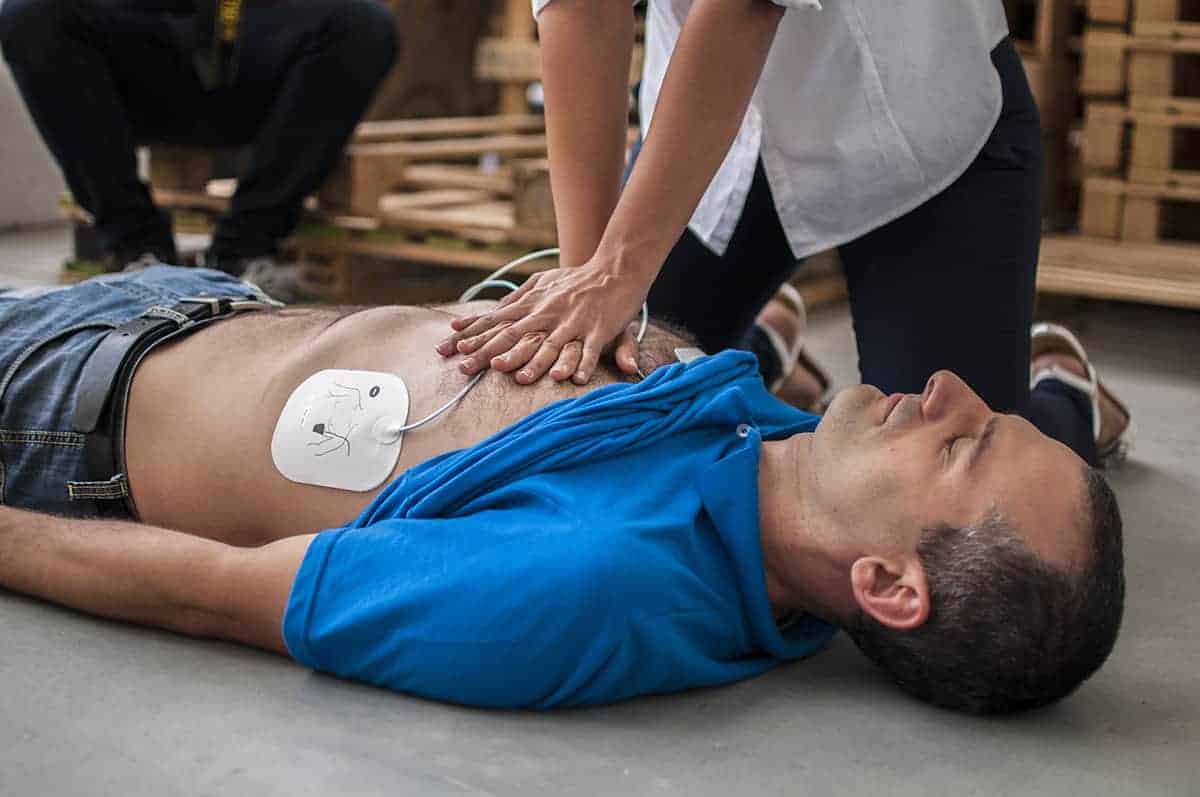 We use cookies to optimise our website and our service.
Manage options Manage services Manage vendors Read more about these purposes
View preferences
{title} {title} {title}
WhatsApp us